Sport in cold temperatures – you should consider this 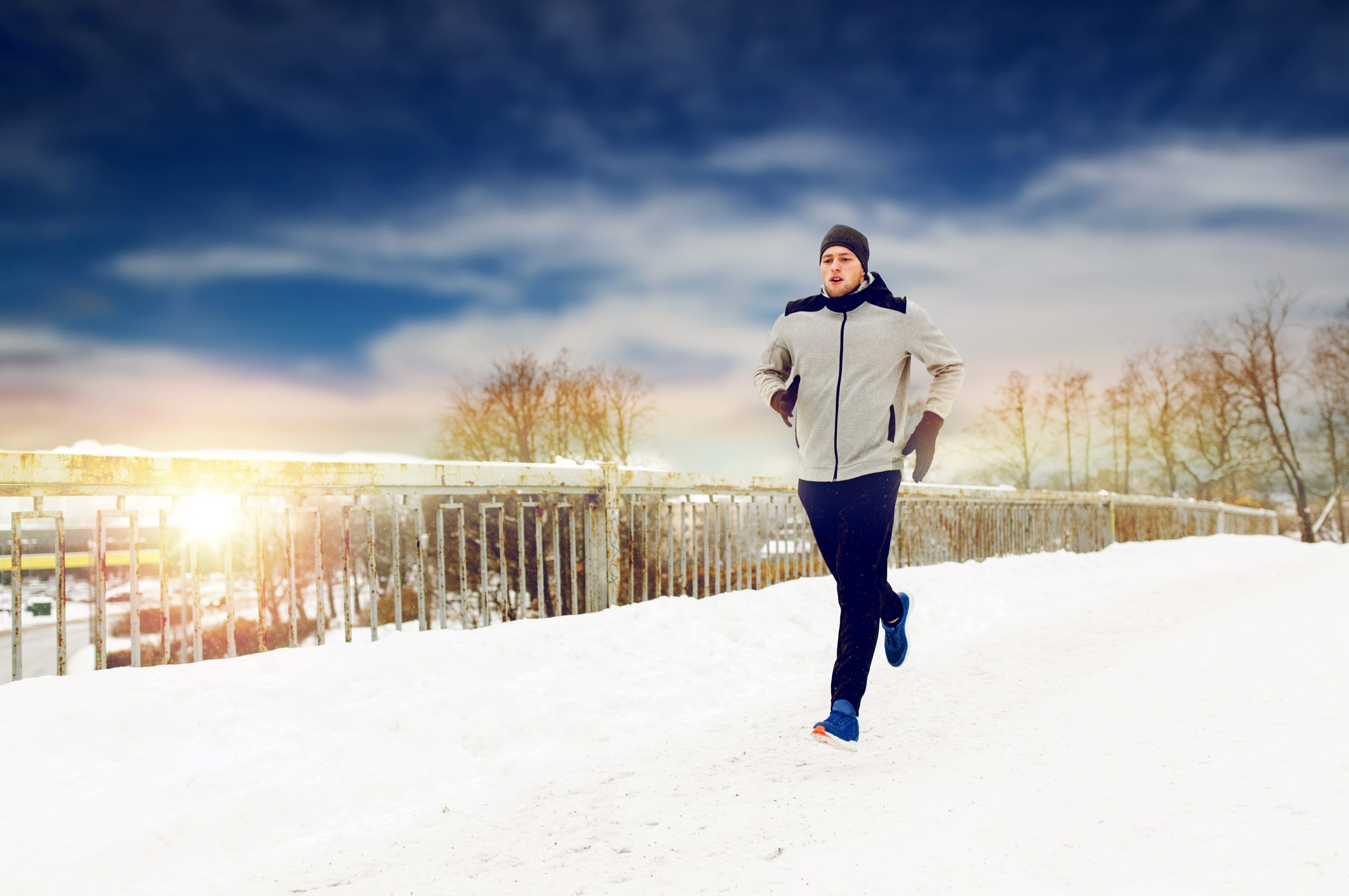 Depending on where you live, it can be quite cold in winter now. But that is no reason not to do outdoor sports. However, there are a few things to consider, because sport in cold temperatures has numerous effects on the body and performance. Read on…

Man is a so-called homeothermic species. This includes all living creatures on this planet that have to maintain body temperature as constant as possible. In the ideal case, this is 36.5 degrees. Certain regulatory mechanisms in the body ensure that the core temperature of the body remains as constant as possible with changing ambient temperatures. However, our skin and our limbs behave warm and change. They adapt to the ambient temperature. If it is cold, there is a temperature gradient from inside to outside – and this can be differences of more than 40 degrees. In order to keep the body temperature constant, heat production and heat absorption must, therefore, remain constant with heat dissipation.

This happens during sport in cold temperatures

The temperature increases even when it is very cold

Climate and ambient temperatures, therefore, play an important role in sport. And depending on the sport, there are good and less good conditions. For example, 25 degrees is ideal for sports activities where coordination, strength or speed play a role. Long-distance runners and marathon runners, on the other hand, like it much cooler. The best performances can be expected at ten to 15 degrees. Amazingly enough, even in very cold weather, the body’s heat production is still higher than its removal. During intensive cross-country skiing in the icy cold, the body core temperature nevertheless rises to 40 degrees.

Cold and the effects on training

The clothes must be right

Of course, all the tips are given so far only work if the clothing is right. In the meantime, this is no longer a problem. Only 25 years ago cotton was the most commonly used material. The decisive disadvantage of this natural product: it absorbs moisture by soaking up the fibers. This increases the volume by more than 40 percent. The body is always surrounded by a layer of moisture and a temperature-regulating exchange of air is impossible. A situation that only improved in 1987 when the industry introduced the so-called layer principle. Materials such as GoreTex, Sympatex, and Nextex were for the first time able to conduct perspiration away from the body into the next layers of clothing. Everything can then escape to the outside via the last layer.

Your head gives off a lot of heat

Gloves, hats, and headbands are also important when it is freezing cold. Why? Because almost 40 percent of body heat is released through the head and neck. Runners also benefit from running shoes with a firm, grippy sole and thicker socks.

Share this
Author: Thorsten
Filed Under: Knowledge
Tags: cold temperatures, effects on training, right clothes
Are you as fit as you should be at your age?
Intensive training like HIIT is particularly healthy