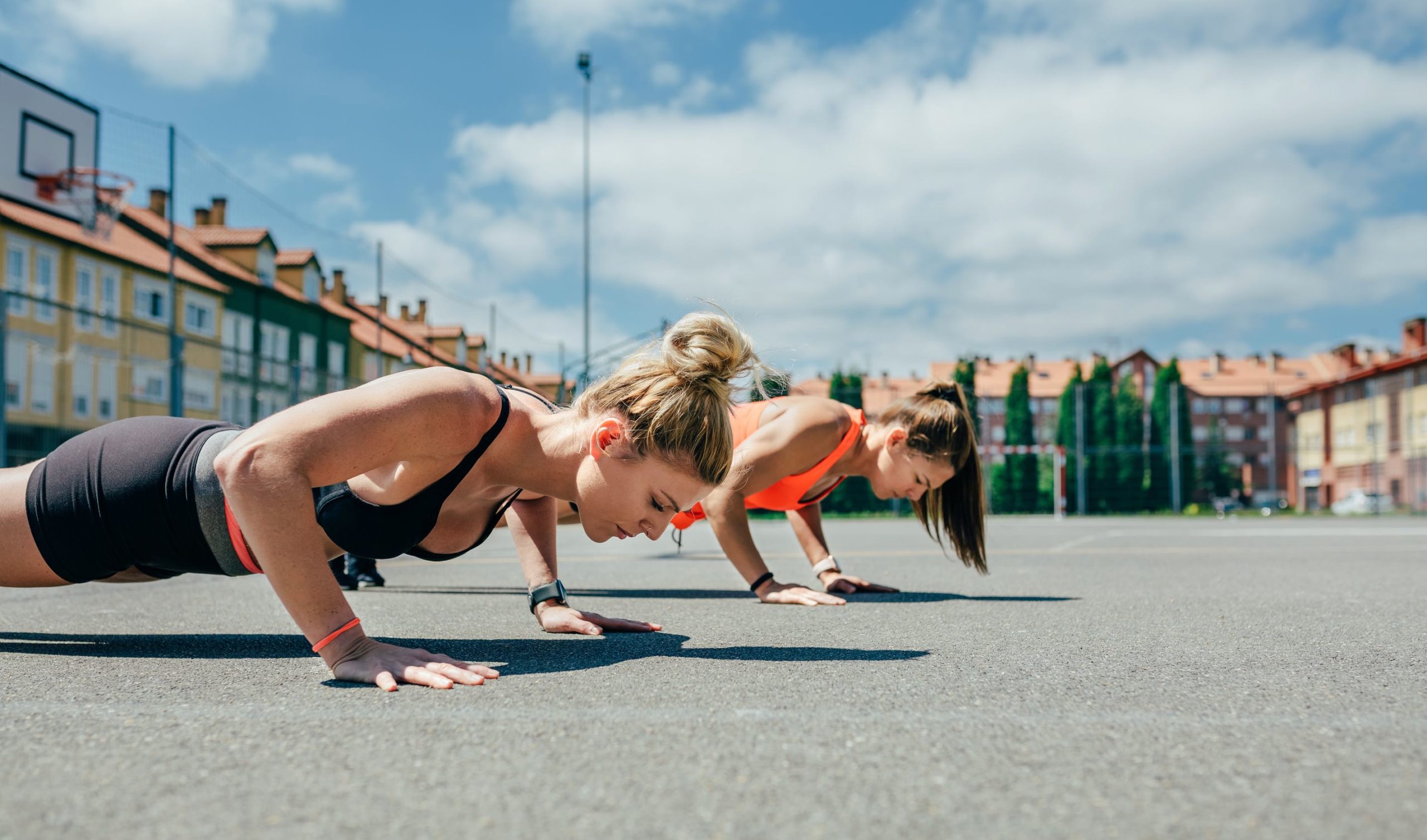 Push-ups are part of the standard repertoire when training in your own four walls. This is good because the exercise is highly effective, trains many muscles, and ensures a well-trained body even in these times of crisis. But only if you avoid these mistakes with the push-ups.

Hardly any other fitness exercise with your body weight is as effective as the classic push-up. You don’t need a lot of space and can optimally train your arms, chest, back, buttocks, and core. If you do push-ups on your knees, they are also suitable for beginners. But if you want to get the most out of them, you have to use the right technique. If not done correctly, the risk of injury also increases. If you do push-ups incorrectly, you will quickly get problems with the neck, shoulders, elbows, and lower back. Here are the most common mistakes and how to avoid them.

Wrong position of the hips

Push-ups are a plank with movement. Just as with the plank, the main thing is to keep the body in line. The whole sequence of motion from head to feet. If there is a lack of strength, many compensate by letting the hips sag. But you should avoid this at all costs. Tip: If the classic push-ups are too heavy, you can do them on your knees or with your hands standing on a wall or a raised area.

A too small range of motion

You can only get the best out of push-ups if you use the full range of motion. In other words: Your arms are almost stretched out in the starting position. Then you bend your arms until the tip of your nose almost touches the floor and then push yourself back into the nearly complete extension of your arms under full-body tension. If you lack strength, the movement amplitude is much smaller, and this harms success. Tip also here. Start with easier variations, but always use the whole range of motion.

When push-ups cause pain, it usually hits the front of the shoulder -blamed on an incorrect elbow position when lowering the body. It is always the case when the elbows are too far apart and form a T-shape or when the hands are too far apart. That puts excessive pressure on the shoulders. Tip: Place your hands directly under your shoulders. The optimal position for a push-up is with your elbows at a 45-degree angle to your body. It resembles an arrow shape.

If your abdominal muscles are too weak, you tend to push your bottom upwards when doing push-ups. That reduces the strain but also means that the chest muscles have to work less, the shoulder and arm muscles all the harder. Sooner or later, this can lead to problems with the rotator cuff. Besides, you put the wrists and elbows under unnecessary strain. Tip: Concentrate on using the abdominal muscles and try to strengthen them with further exercises if possible.

An equally widespread error concerns the head posture. Many people let their heads hang down so that when they lower it, they touch the ground with their forehead rather than their nose. But it is also wrong if you move your head too far back. It is ideal if the back of the head, back, and legs form a straight line.

Share this
Author: Thorsten
Filed Under: Fitness
Tags: push-ups
EMOM – the CrossFit-Workout for the whole body
How often is a HIIT Workout good for me?